How Writing a Warts & All Memoir Memoir Improved my Relationship 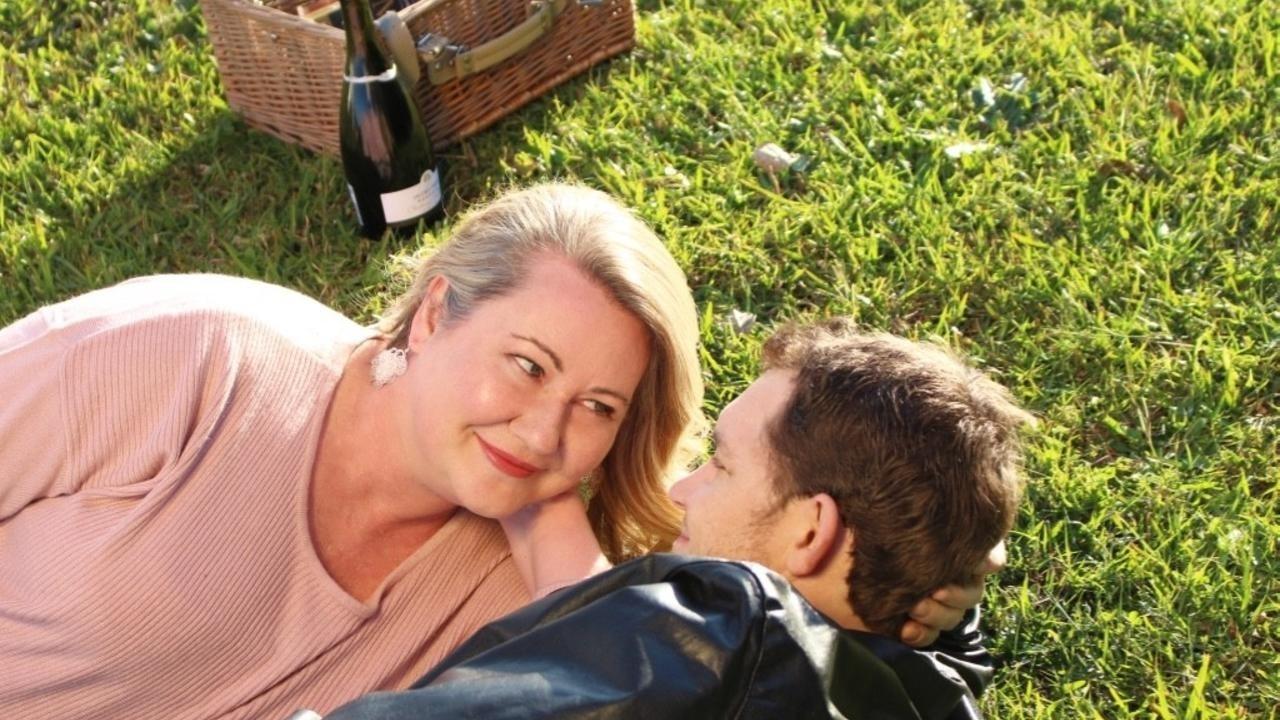 In Australia, there was a recent television show called, "How to Stay Married" where the wife wrote a book, called My Shit Husband. When I saw the ads for the show, I laughed. "Yeh, you've already written that book," my husband, Guy, said wryly.

Yes, my Wobbly Woman Memoirs 1 - Looking for Love is all about my search for love, and the ups and downs of relationship. OK, if I'm honest - it does appear as if I'm pointing the finger. I wrote it from my understanding and level of consciousness at that time. I did blame Guy for a lot of our "problems" back then. (Click on the book to find out more or buy it.) 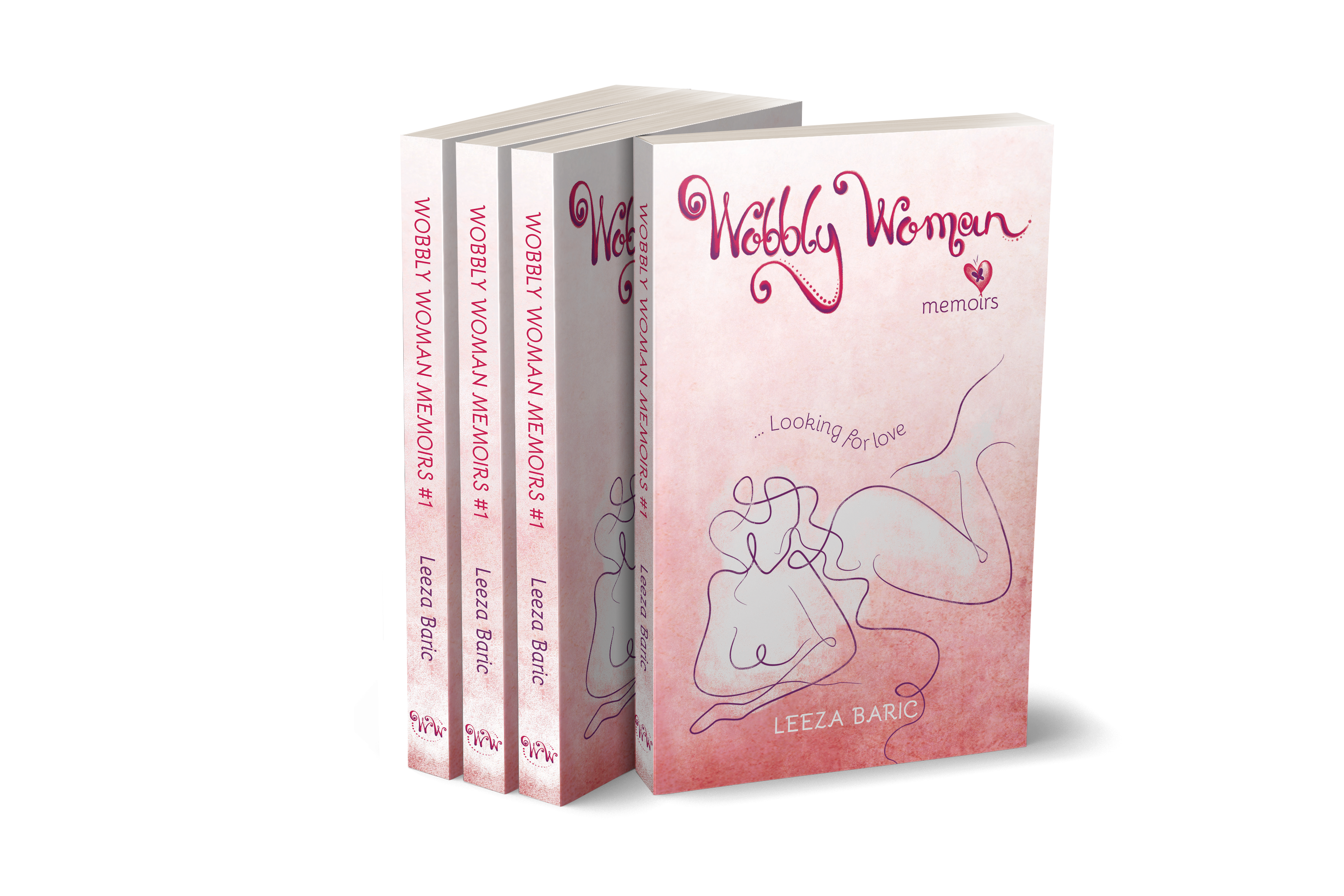 Well...I'm a writer. I follow my muse. I wanted to write a book about how the men in my life "shaped" me, or influenced the decisions I made. I think a lot of women, live for men - rather than for themselves. (Especially younger women who are trusting, impressionable and desperately seeking LOVE).

So...I decided to bare all (hence the cover).

My book touches on themes most people find hard to talk about, let alone share with the world. 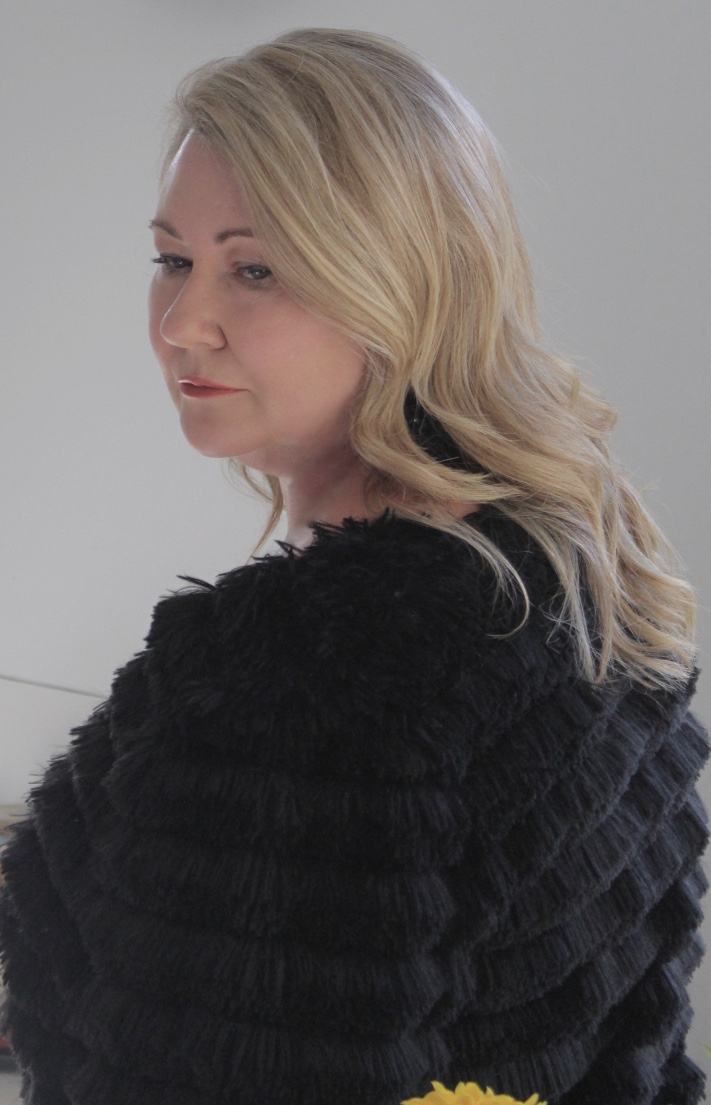 Magic Recipe for a Memoir

No, it's not a miserable book. It's actually very funny in parts. And I think that's the magic recipe for a memoir dealing with difficult topics. If you sprinkle it with humour and poke a bit of fun at yourself - then it makes the hard stuff - bearable.

You want to inspire people with your story - not drown them in your own misery or tragic circumstances. I left a lot of time in between my "crazy" life events and writing about them. That's another good tip!

Hindsight and reflection is a valuable tool but only comes after time, working on yourself and a certain amount of forgiveness and healing.

Most people would rather swallow cyanide than re-hash their past. They'd rather bury it! It takes a brave soul to bare all and a braver soul to run headfirst into healing. You just start with "unshovelling" the icy burden of shame! 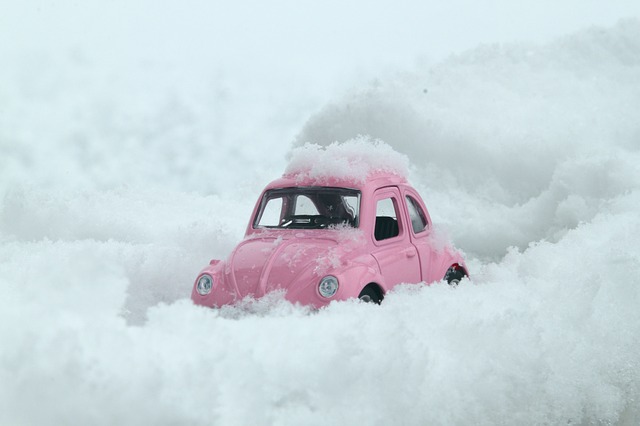 It takes a lot to dig yourself out of the layers of protection you bury yourself in over the years. But it's worth it!

So back to "my shit husband".

I kept diaries over the years as a way to vent. When we separated, I listed all the shit things he said or did to me - as proof of the arsehole he was.  It's easy to finger-point isn't it. Justify your position. Be right.

I told Guy I had to write my Wobbly Woman Memoirs and that "our story" would be in it. He didn't say much. He was worried about what I was going to write but he knew he couldn't tell me what to write. This was my story. He sat back and waited as I rehashed our lives in my head and on paper. I'm sure there were days where I was a bit more quiet than usual - re-living the past.

But...funny things happen when you start writing, opening up and releasing. You see things from a different perspective. You see YOUR role in things. How the decisions YOU made affected what happened. It's easy to look back, but when you're in the thick of it - much harder. 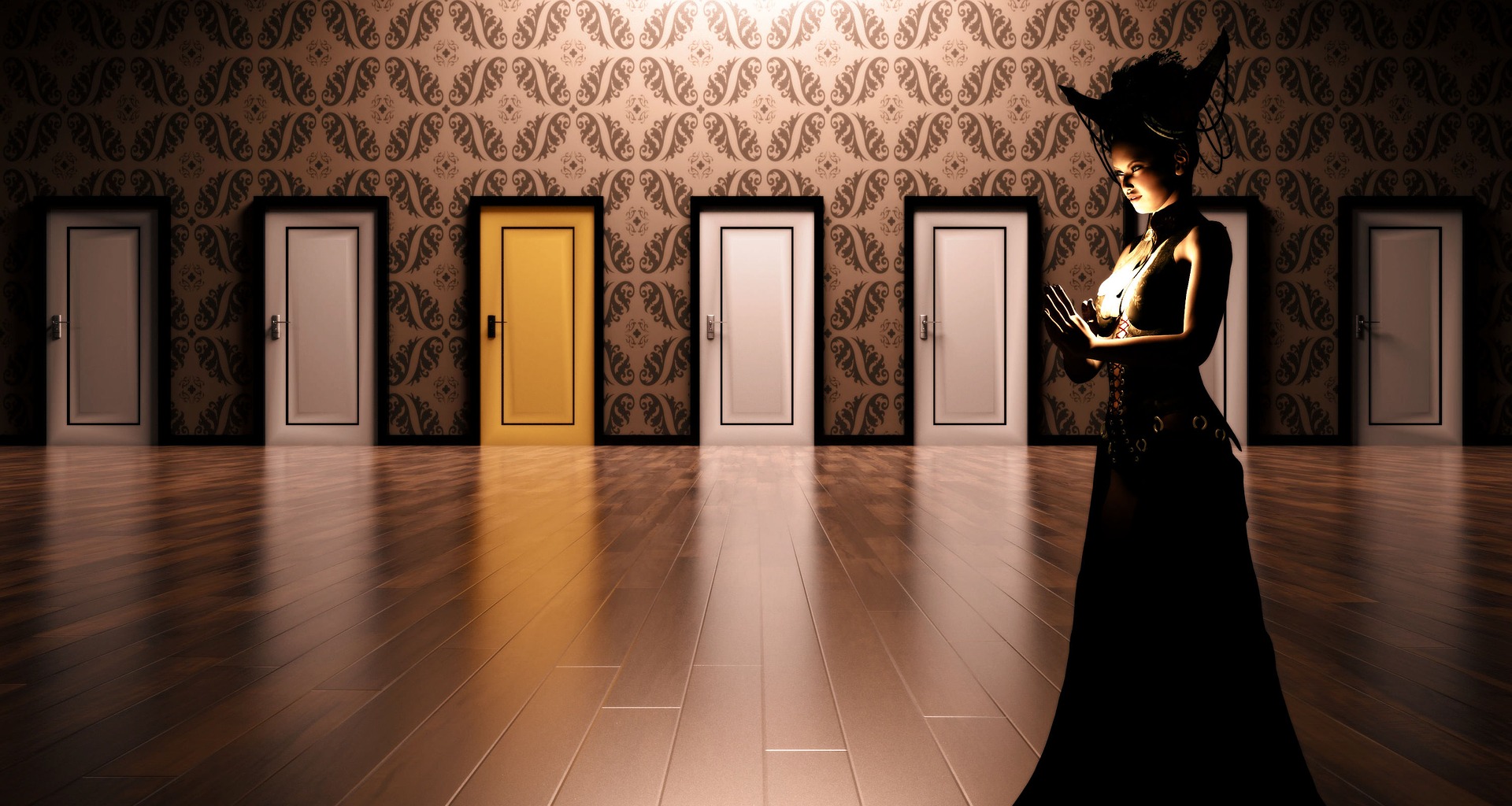 I didn't ask permission from ANYONE to write this book. I did say to Guy that if there was anything he felt uncomfortable with, we could talk about it, but I didn't let that affect the way I wrote the first draft. I just had to get it out.

I thought I should check with friends about SOME stories.

"Is it OK to write about when we snorted speed through a $20 bill in our twenties, or skinny-dipped with those tourists on a rooftop hotel spa..."

"Um, no Leeza. Please don't write that. What will my kids say?"

OK. I drew the line at SOME things in order to protect other people's reputation. I'm not concerned about mine because I feel writing about SOME things and being VULNERABLE connects us. Makes us real. Helps us feel that we're not alone. Because we have all done crazy things, haven't we?

You might start with an idea of what you want to write, but the pen takes you on unexpected journeys. Go with the flow! Enjoy the ride! Be Brave!

My prologue just poured out of me. The rest of the book was bloody hard work. The reason being - it's hard to know what to keep in and leave out.  (But that's another blog post).

A memoir is a focus on one theme or subject explored in detail. I thought it would be how the men in my life "shaped me" but the feminist in me didn't like that. I was going to have each chapter as the man who influenced that period of my life and end on me. A kind of Eat, Pray, Love - one woman's search for everything type thing.

But my book morphed into an autobiography and that's why I've called it my "memoirs" because it's a collection of themes. Each chapter deals with a different theme or topic at that period in my life. Semantics really.

Trust in the Process

The person who wrote Chapter One may be very different to the one who writes…The End…because of the spaces in-between.

Poise your pen and be ready for the adventure to fill those white pages in-between.

Be willing for self-discovery!

OK, I'm getting to the point of this whole blog - How Writing My Memoir Improved my Marriage.

When I finished my Draft 1, I showed it to Guy. Was I shitting myself? Yes. All these things ran through my head.

I gave him my manuscript and watched him read parts of it. He read it in a day (or a weekend actually).

When he finished...he had tears in his eyes. He looked at me in a completely different way. It wasn't the reaction I was expecting.

"It was amazing, Leeza."

We went for a walk along the beach, holding hands and talked about the book. It's like Guy finally understood how I felt about so many things. And I think he felt closer to me because I wrote about all our challenges with LOVE. Not with anger or malice but with understanding. And that's why I think he reacted the way he did. 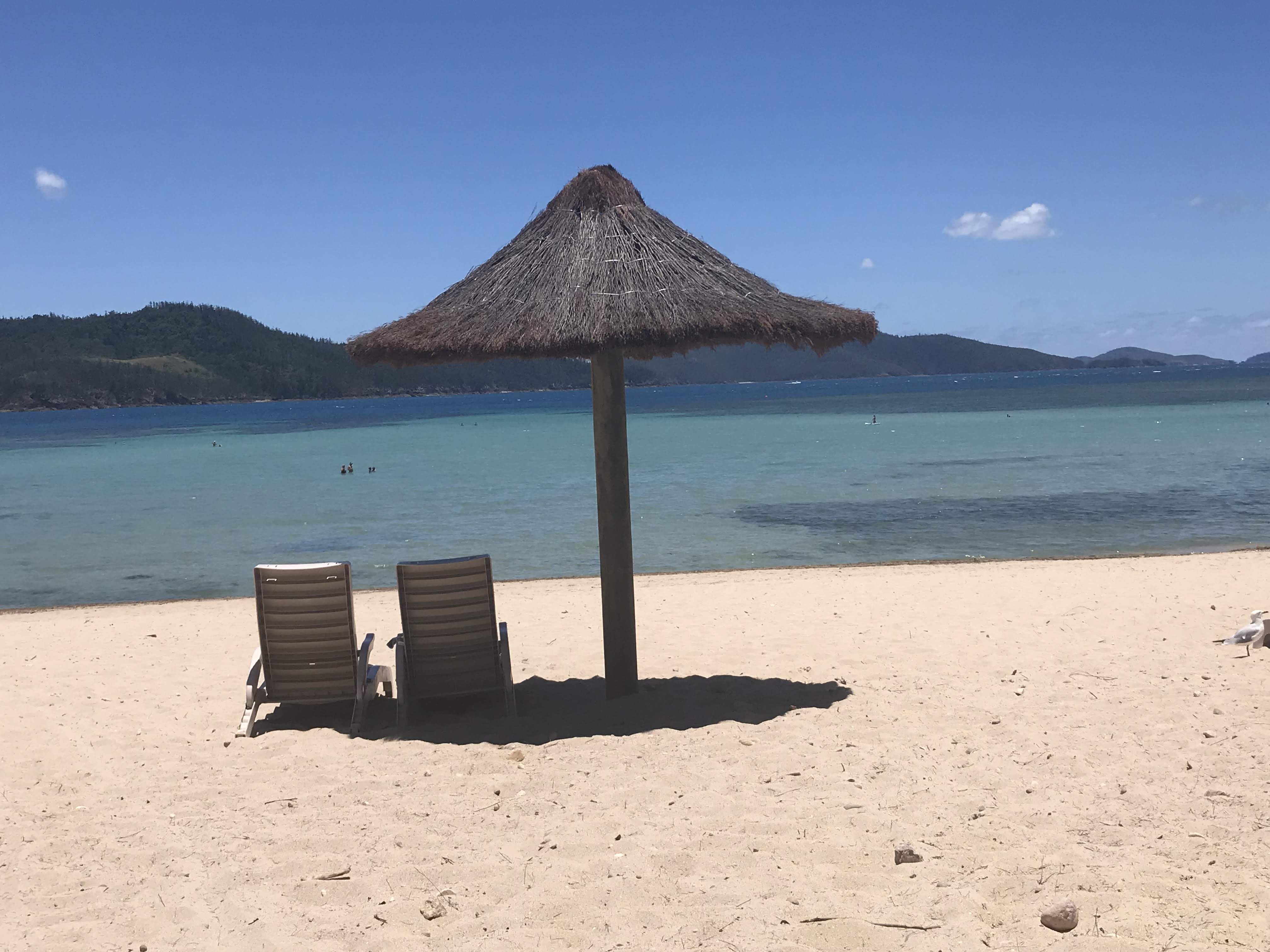 Relationships aren't easy are they, especially when your past and baggage haunt you, when you have kids and things change. When you're trying to pay the bills and go for your dreams. It's life. We all have different issues but it's how we talk about them, communicate how we feel, work on ourselves and on our relationship.

The book gave us an opportunity to unfurl some of our hurts but in a loving way. I guess, not everyone will have the same experience because it depends on how conscious you or your partner are in terms of your awareness, understanding and compassion for yourselves and each other.

I wrote the book when we were in a good place and trusted each other and could communicate. If I wrote it ten years earlier, I'm sure he would have thrown the book at me in disgust.

He did say, "Now the whole world will think I'm an asshole."

There was only one thing that Guy asked me to change and not what I thought it would be. So it's surprising how people react to different things. He asked me to change something that I didn't even consider to be an issue. But I did because in the big scheme of things, it wouldn't affect my story and if it made him feel better after everything I wrote - I could give him that. See - give and take. That's what it's all about.

Life is about the quality of relationships with the people you love!

The journey and the process of writing my story has helped improve my relationships with the people I love!  I never expected that. Not really.

I don't think I'd be as gracious or as courageous as Guy if he wrote a book about me. He did say that if he wrote a book it would be called, The Right of Reply. So, I'm getting in first with a sequel. Wobbly Woman Memoirs 2 - Learning to Love. It delves even further into relationship, marriage, sex, parenting, working towards your dreams and learning the most important lesson of all - love and loving the self.

Some of the nicest things people have said about the book have been about Guy. He might start off looking like an arsehole but he sure as hell doesn't finish as one. That's why we're still married. :)

Here's what one reader said about my book:

"Wobbly Woman was one of the most enjoyable reads I have had in a long time. A book that when you start, you can't put down. Leeza's journey of finding love was written in a way that was raw and real. I could instantly relate to so many parts of it. It took me through a plethora of emotions from chuckling at some parts to sobbing during others. The biggest nugget was when I had an a-ha moment in the last chapter about my own relationship. I finally fave myself permission to drop the guilt I was crying for so long. Thank you Leeza for your precious gift. I enthusiastically look forward to the next book in your Wobbly Woman series." (Nuray QLD)

Thank you Guy, with all my heart for encouraging me to write and speak my truth - our truth. Our story is one of growing together. 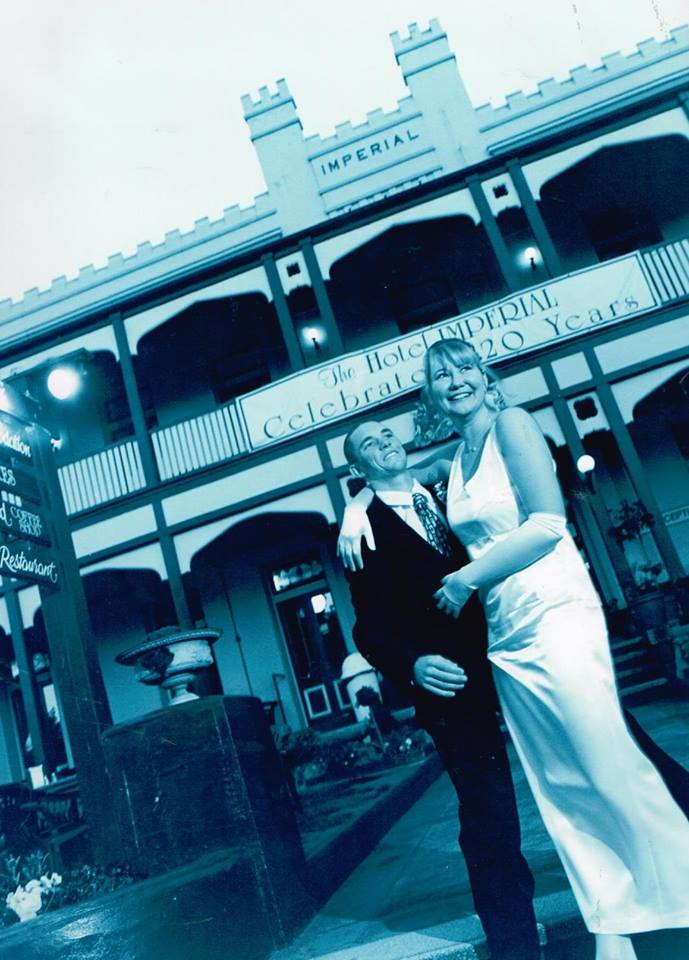 If you want write your memoir, family story or self-help book, check out my Guide to Write and Publish Your Memoir (With a Printable Checklist) 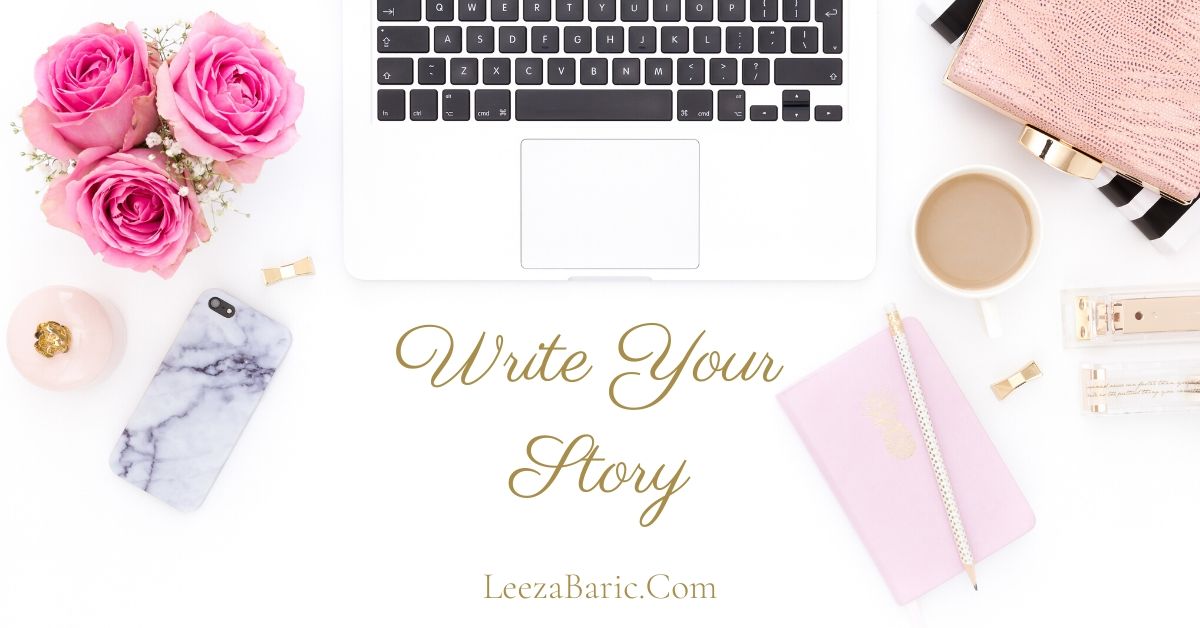 Get Your FREE Write and Self-Publish Guide with Printable Checklist below. 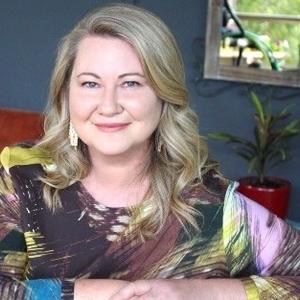 I believe that the pen is mightier than the sword and we can change the world through our stories. Writing our stories help us heal and connect us with each other in beautiful ways. 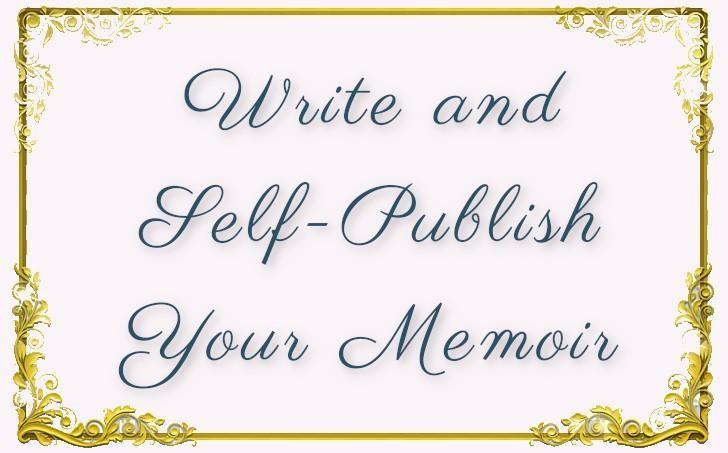 You're Going To Love This!

Easy, step-by-step GUIDE to write and self-publish your memoir, complete with a "tick as you go" CHECKLIST to give you clarity and confidence to start.